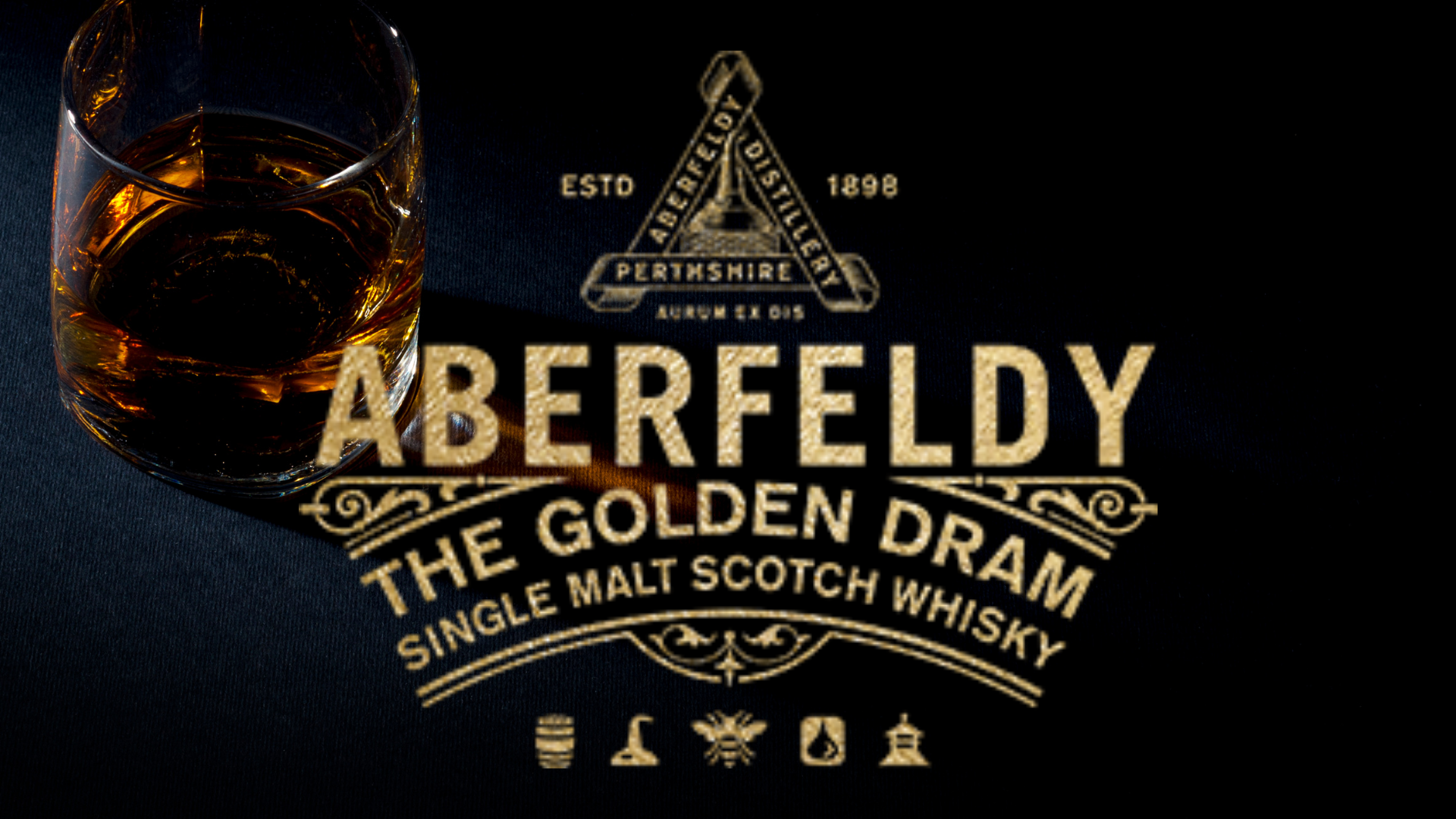 Known as “The Golden Dram” all over the world, Aberfeldy Single Malt Scotch Whisky has come a long way. But before we talk about Aberfeldy, it’s important that we take you back to 1846. From the man that started it all.

John Dewar: The Man that Started it All 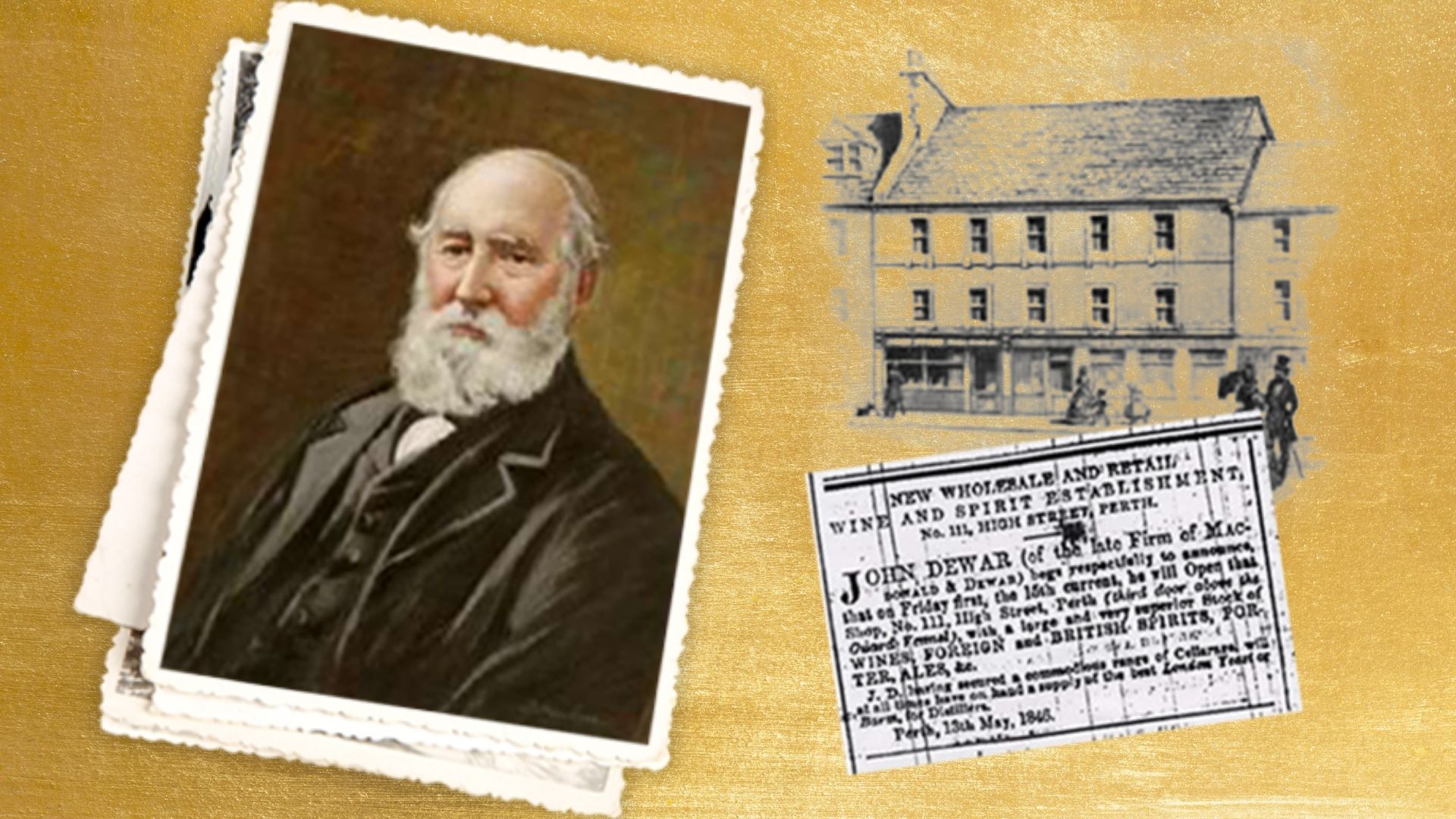 John Dewar started the Dewars blend from his humble wine shop and started buying whiskies from small distilleries to turn into the now-famous Dewar’s whisky. After his success on the Dewar’s brand, John passed away in 1880 and left his son Johnny and Tommy to run the business.

A New Generation of Greatness 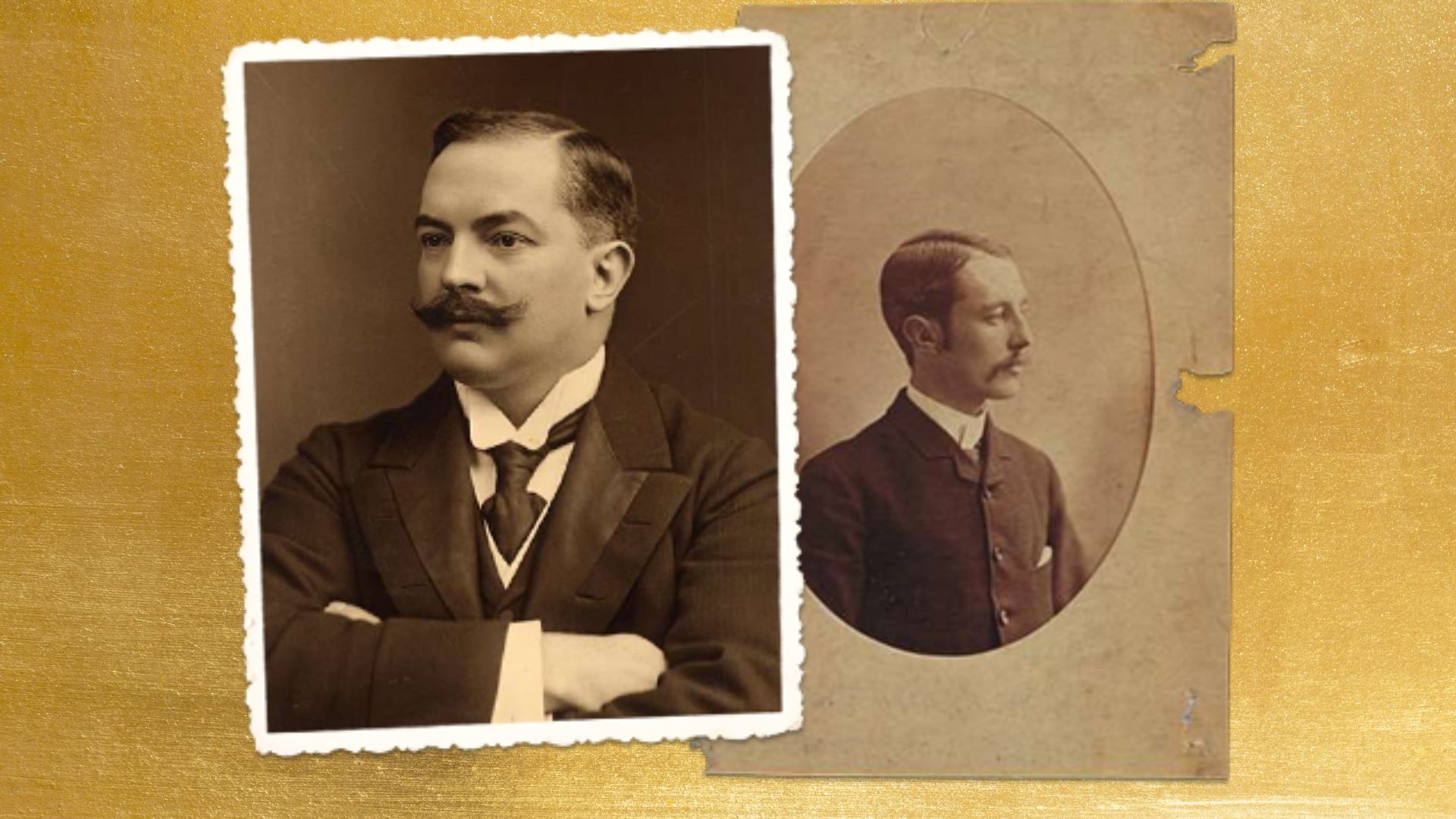 Johnny took over the blending process while 16-year-old Tommy went to London to spread the word and market the Dewars blend.  After two years, Tommy successfully launched the Dewars blend in London and got recognition from Queen Victoria herself..This made him decide to continue becoming a traveling salesman and travel all over the world.

After Johnny and Tommy Dewar acclaimed international fame for the Dewars blend, they established the Aberfeldy distillery with their experience and innovation. 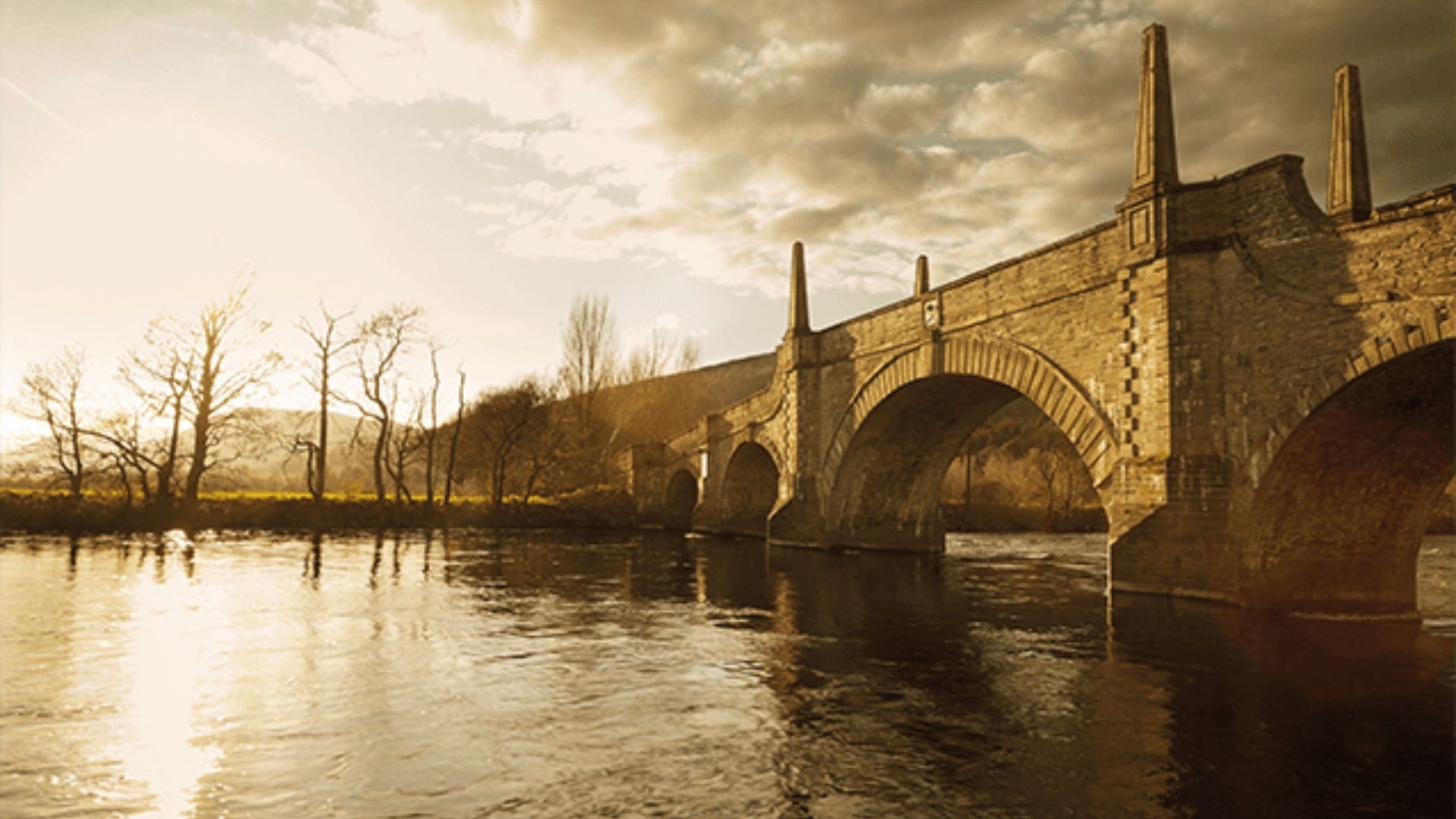 They first commissioned Charles Doig, one of the top distillery architects of that period to be the man to make the distillery be able to stand the test of time. And not just that,  they strategically utilized the Scottish gold-rich waters from the Pitilie Burn and added them into the distillation process.

In fact, to this day… the Aberfeldy Distillery still uses a lot of its old original distilling methods!

Reading all this history and the genius of Aberfeldy that was passed down to many generations, we know that you guys are eager to get a taste of these golden drams.

If you feel a bit undecided on which bottles to try first, we compiled some recommendations from our in-house whisky experts: 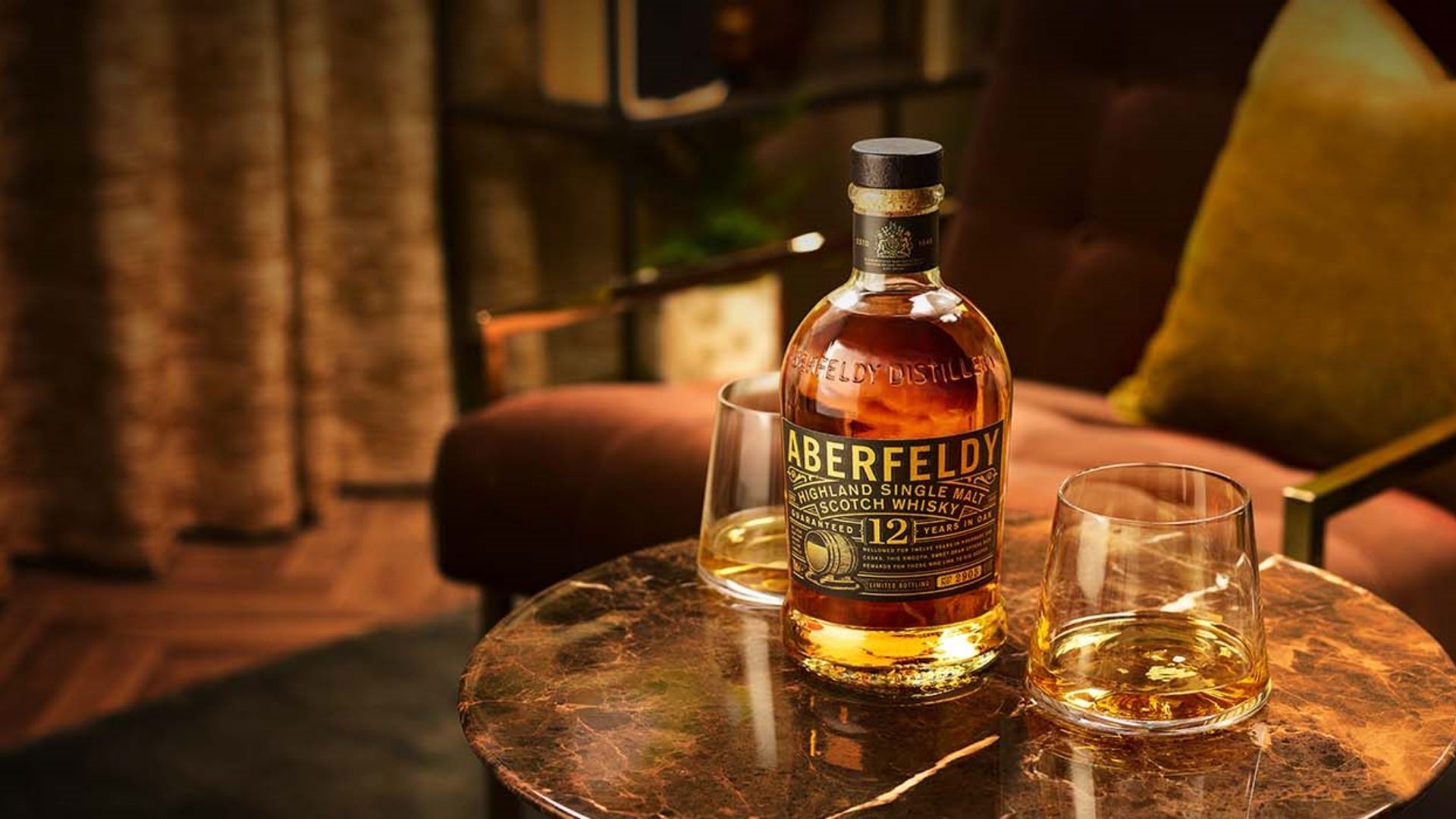 The Aberfeldy 12 is an award-winning highland single malt scotch whisky. This bottle has made its way to global fame due to its rich and malty characteristics.

It will give you creamy and smoky sherry fruit essences, a sweet and oaky flavor, and a fruity and nutty finish.

This bottle has garnered multiple awards throughout the years. Some of which are: 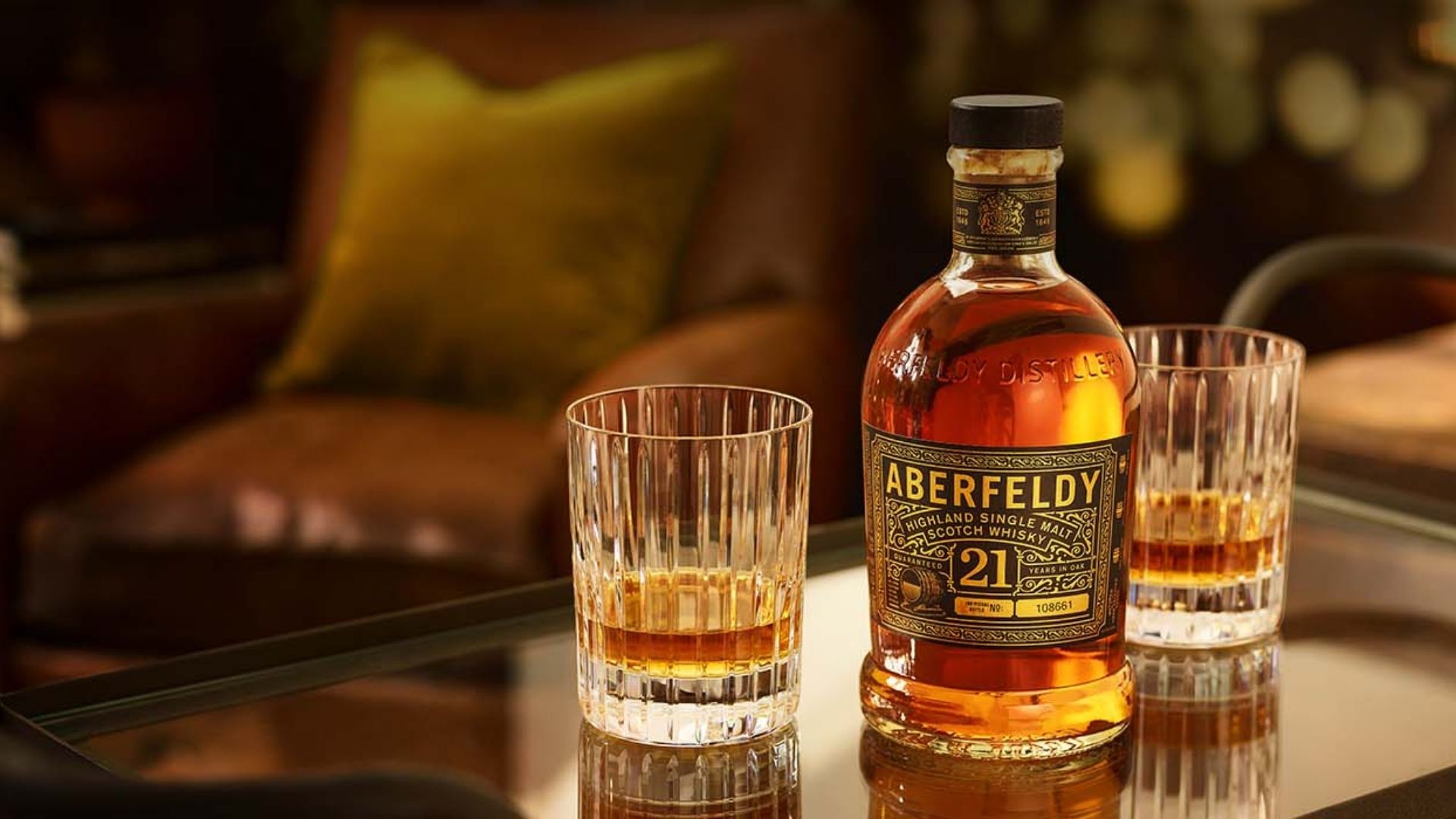 The Aberfeldy 21 is a highland single malt scotch whisky and is known for being the Aberfeldy Range’s “core flagship” bottle.

This bottle will give you zesty honey essences, smooth smoky vanilla tastes, and a gentle peach and honey finish.

Being the bottle that represents what Aberfeldy has to offer, the Aberfeldy 21 has garnered several awards from the international whisky community namely: